Paris is the most beautiful city in the world, especially on a summer's evening, when a golden light seems to glow from the rooftops.

This week I walked by the River Seine and watched the Eiffel Tower begin its hourly night-time sparkle - an extravaganza of light, a spectacle that never fails to inspire in me a childish delight.

All the more so because the illumination serves no practical purpose at all. It's done quite simply because it is beautiful.

That evening I arrived for dinner with friends, rhapsodising about my walk there, and apologising profusely for being late. It was 2200 and I'd been held up at work.

Etienne, a lawyer, was understanding about the lateness, though not about my hymn of praise to Paris.

"Paris? Yes, it's beautiful," he agreed. "But it's a museum, or maybe a mausoleum. It's dead. It hasn't changed in years. I prefer London. It's dynamic and it's vibrant."

The next day I discovered two friends were leaving Paris. Neither could find a job, so, like many young French, they decided to try London instead.

"You can make your own luck there," they told me.

That plaintive cry - about the lack of dynamism in France, the red tape, and high unemployment - is one I heard often as the debate about the EU Constitution split this nation, dividing Paris from the provinces, and the elite from the working class.

This week I found myself in the fishing village of Etaples, asking why three-quarters of the people there voted "No" in the referendum.

They were afraid of your Anglo-Saxon working hours being brought here, and of French values being lost

It was the sort of village to delight an English heart - a picturesque main square, where town-hall employees were diligently perfecting the blossoming flowerbeds.

Not a youth in a hoodie in sight. Nor the anonymous chain-stores of most English high streets.

Instead, the shops in an orderly row - the baker, the grocer, the fishmonger, a few bars and for the very last order of all, the undertakers. All family-run businesses, each handed down the generations.

Yet the Socialist mayor of the village, Marcel Guerville, told me despairingly of his failed campaign to persuade his village to vote "Yes" for Europe's future.

"They were afraid," he said. "Afraid of your Anglo-Saxon working hours being brought here, and of French values being lost. We look at your privatised railways, and we don't want that happening here."

He told me that behind the beautiful façade, 17% of people in Etaples were out of work - the young abandoning the village to seek their fortune elsewhere, giving up the fishing boats that had sustained families for centuries.

Remembrance of things past

Some blame Europe for their plight. Jean-Francois Wacogne chose to run the fishermen's co-operative restaurant, les Pecheurs d'Etaples, rather than follow his father and grandfather to sea.

Not much of a future, he told me, with the EU busy banning fishing. Yet he voted "Yes" in the referendum - and said that in his heart of hearts, he knew France had to change. To become a little more dynamic, a little less reliant on the state.

As we chatted, the crustaceans I'd seen swimming happily in their tank were being piled high on silver platters, their shells expertly bisected in the hot kitchen before being delivered with a flourish to the table.

Yet all the lunchtime customers cracking open their lobsters and crabs seemed to be English - there to enjoy what we see as the gloriously French way of life.

Visiting idyllic seaside villages that remind us of Britain in the 1950s, where everyone knows their neighbour and everything stops for lunch, a post-prandial lull settling on the deserted sunlit streets.

It's a way of life that we envy and sometimes hanker after. And it struck me that the cross-channel rivalry revived by this week's bitter political insults is all about envy - niggling away beneath the surface on both sides.

The French want what we have - a dynamic economy, vibrant cities, and unemployment so low that it barely registers. A society where those who want to can succeed, and work as hard as they like in the job they choose.

But what the French don't want is to pay the price: less security, self-reliance rather than a state that provides.

Yet as they look across the channel, the French are torn between envy and fear. What they fear is losing the state that takes such good care of them - even if it can no longer afford it.

And what France must now decide is whether to follow in perfidious Albion's wake - or risk becoming a museum.

A very beautiful museum, but still a place that foreigners visit to remember times past, and to admire the facades of the sleepy villages bathed in the glow of the dying sun.

From Our Own Correspondent was broadcast on Saturday, 18 June, 2005 at 1130 BST on BBC Radio 4. Please check the programme schedules for World Service transmission times.

Listen to the programme 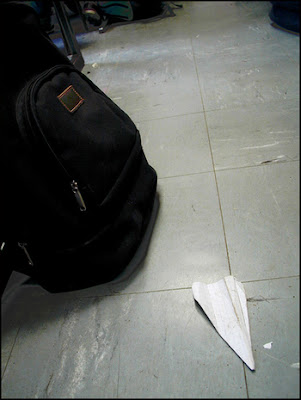 During a good manners and etiquette class, the teacher says to her students:

"If you were courting a well educated young girl from a prominent family and during a dinner for two you needed to go to the toilet, what would you say to her?"

Mike replies "Wait a minute; I’m going for a pee."

The teacher says: "That would be very rude and improper on your part."

Charlie replies: "I'm sorry I need to go to the toilet, I'll be back in a minute."

The teacher says: "That's much better but to mention the word 'toilet' during a meal, is unpleasant."

"My dear, please excuse me for a moment. I have to go shake hands with a personal friend whom, I hope, to be able to introduce to you after dinner. "

The teacher passed out. 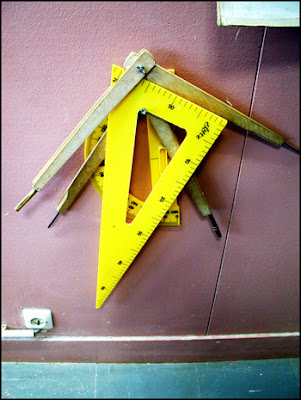 In a small town, an elderly couple had been dating for a long time. They decided it was finally time for marriage. Before the wedding, they went out to dinner and had a long conversation regarding how to work out their marriage. They discussed finances, living arrangements and so on.

Finally, the old gentleman decided it was time to broach the subject of their physical relationship.

"How do you feel about sex?" he asked, rather trustingly.

"Well," she said, responding very carefully, "I'd have to say...I would like it infrequently."

The old gentleman sat quietly for a moment, then over his glasses, he looked her in the eye and casually asked .. "Is that one word or two words?"